Why sometimes a shadowy hand is better than a monologue

Posted on November 18, 2014 by lucyaverywrites 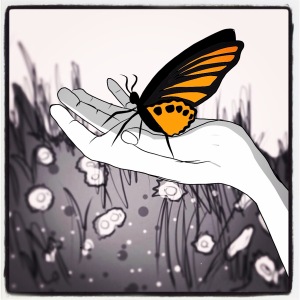 Summer seems very long ago now and my residency at 57a feels like a dream. Since then I’ve continued to work on the scripts for both my projects in development and last week I had two very successful days of workshops that To The Moon held at Brockley Jack Theatre Studio working on The Debra Project.

It was really good to be in the rehearsal room and finally hear the play aloud! We looked at the more visual elements of the show, working through the stylistic conventions we’re going to be using and tested out ideas for puppetry with the actors.

One of the recurring questions that lies at the centre of this play is ‘how do you defeat a monster?’ And it looks like each monster is going to be taking a different form… It was during a moment of shadow puppetry that I realised that a whole paragraph of actions I’d written for a scene was no way near as good as a slow moving shadowy hand gliding over a piece of white cloth (reminiscent of the film Nosferatu). Words are going to have to work a lot harder in this production to make sure they don’t get upstaged by two giant dolls or a rabbit created out of an old coat and hat!

This little fella has had a very busy workshop day … #DebraProject pic.twitter.com/Cvt3FTtKhl

That’s something I love about theatre though, the ability of stage, set and performer to come up with moments that are truly magical. Often these moments are without text. So I guess it’s my job to give the script enough space so those moments can happen. I got a shiver as I watched them rehearse, and with the kind of work I write, if I get a shiver, I know it’s going well.

I’ve now got 2 months to work up a new draft of the script for some more development days next year. Hopefully we’ll have something to share soon and you’ll be able to see what I mean.

Don’t forget to check out the Pinterest board here to see how our ideas are developing.