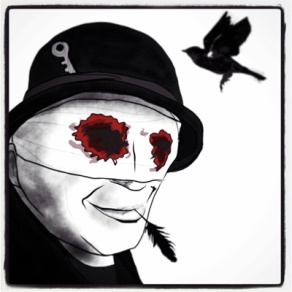 Like a modern Grimm’s Fairytale with a nod to a Beauty suffering from Stockholm Syndrome bound to her abusive Beast, Kirsten is caught in a sickening and inseparable relationship. Will she ever escape? Her lover Randall knows better than anyone that nightmares don’t come from nowhere, and her request to leave takes them back to the beginning of everything.

Developed from a scene performed at Brockley Jack Studio Theatre (The Birdcatcher, directed by Jennifer Lunn) and another scene performed at Theatre503, (The Day the Sky Fell In, directed by Kat Woods), The Birdcatcher is now a journey through time and a story about the making of the stranger in the park. Cast: 1 male, 3 female, approx. 40 minutes.

The first scene was published in BRAND Literary Magazine. 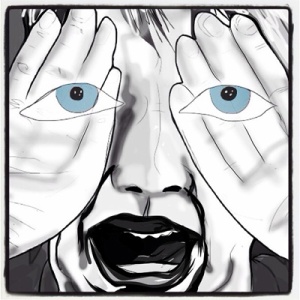 This Is How I Lost My Memory

‘Sing to me then the song of my life…’

Ina and Uma are hiding in the attic as their memories fall away like autumn leaves. But where are the leaves actually coming from? Who’s chasing them? And why is the bomb the only lasting memory they have?

Developed from my experience of witnessing my grandmother have Alzheimer’s, this is a lyrical, emotional exploration of how it might feel to have Dementia.

‘Sing to me then the song of my life
So I may know it or hear it sound on the breeze,
The chattering leaves and poppies may dance to its rhyme and rhythm.
I know not what it is.
I have no sense of its time.
My mind keeps me present throughout our dance
As feet follow feet with hand and hip.’
(Extract)

I directed a reading at Lorem Ipsum Gallery and performance at Camden People’s Theatre as part of the Apocryphal Festival I & II. Cast: 2 female, approx. 30 minutes.

“We’re not supposed to keep secrets in here, so I’ll tell you… There’s a monster living under my bed.” (Extract)

Rach suffers from borderline personality disorder and depression. Currently living in a medical facility, she dreams of the day she can live independently. Her sister Em calls to tell her their father is fatally ill in hospital and he’s asking to see her. Will she go?

This request pushes Rach down a rabbit hole of secrets and nightmares that bring her to the brink. Can she beat them and visit him?

With a mind that’s fractured and bruised, this is the story of Rach’s journey to finally kill the monster under her bed and live the life she dreams of.

Originally developed on retreat at 57a, and workshopped with To The Moon, with thanks to Sharon Burrell and the actors who have helped develop the script.